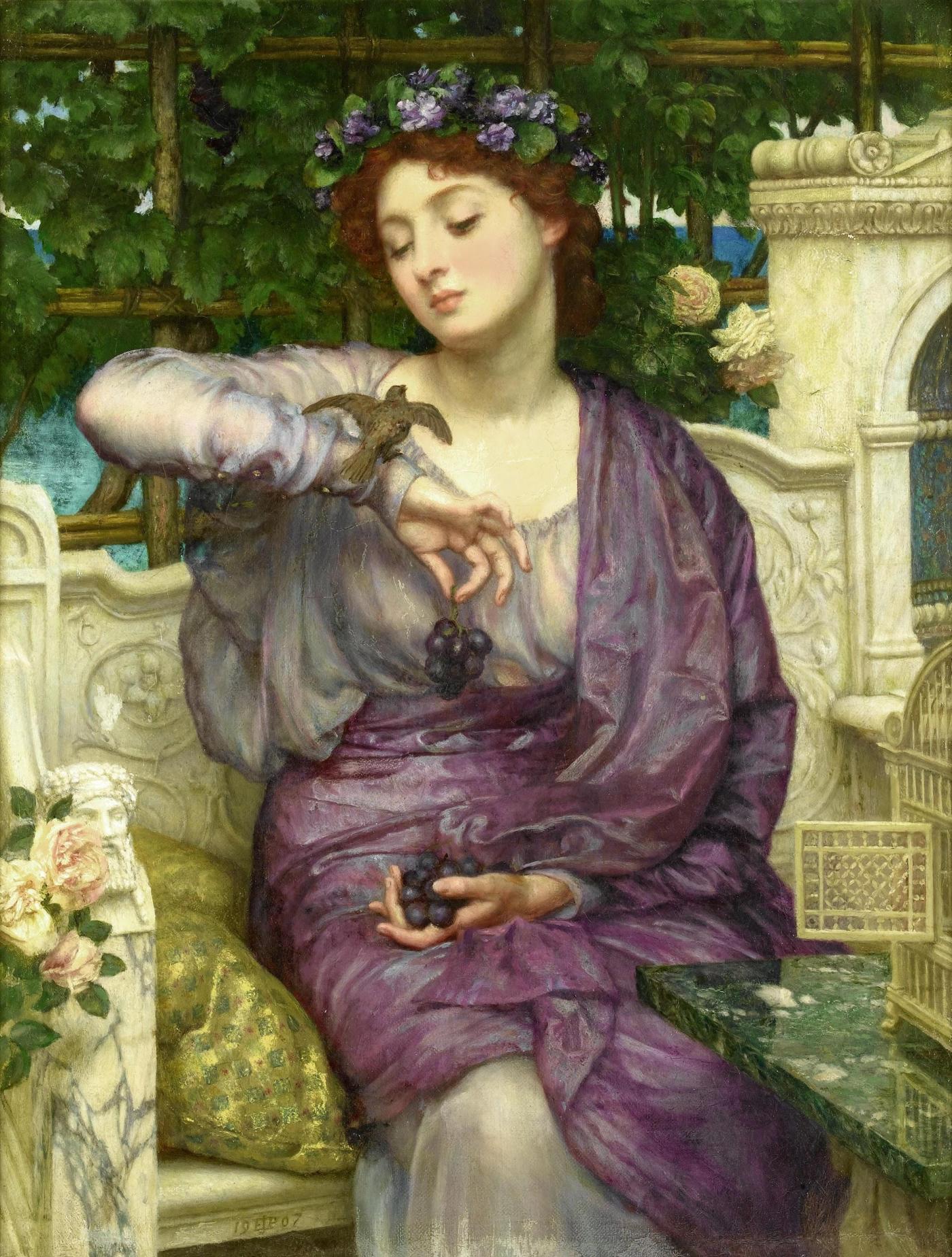 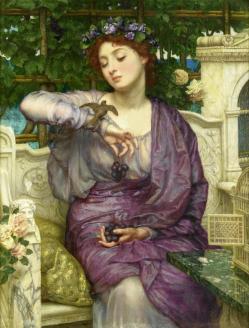 It’s probably about time we talked about who Medea palatina is and why I named this blog for her.

Medea palatina is an insulting nickname hurled by Cicero at one of the most fascinating, enigmatic, and notorious women of Roman history, Clodia Metelli, in a speech defending his young friend Caelius in 56 BCE. Clodia is the most likely candidate, according to general scholarly consensus, for the real woman behind Lesbia, the pseudonym Catullus calls his on-again-off-again lover. Clodia is also alleged to have poisoned her husband, Metellus Celer, and to have committed incest with her youngest brother Clodius Pulcher. So there’s that.

The only sources we have for Clodia’s character and actions are men who 1) didn’t always get what they wanted from her and 2) regarded her as a sort of proxy for her male relatives, with whom they had complicated political relations. It should come as no surprise that they might exaggerate or fabricate foibles of her character and behavior in order to slander her personally and her male relatives by association. Sadly, it should also come as no surprise that generations of (mostly male) scholars have taken such vicious slanders of her character at face value. I do not intend to make Clodia into some kind of feminist saint, but as a woman who was clearly not afraid to do as she pleased in a man’s world, I do think she deserves some reevaluation and celebration — even if it must of necessity happen on our male authors’ terms.

As a woman who was clearly not afraid to do as she pleased in a man’s world, Clodia deserves some reevaluation and celebration.

It’s important to note that we know nothing about Clodia’s life outside an approximately 20-year period, from her marriage in the late 60s BCE to the end of Cicero’s life in 43. This is the period in which she became interesting to men who liked to write a lot (i.e. Cicero and Catullus). Roman women, even those with social clout and relative autonomy like Clodia, were not generally valued in and of themselves, but as tools for advancing the interests of their families. This 20-year period was one in which Clodia likely felt caught in the middle of a conflict brewing between her birth family (mostly her little brother Clodius Pulcher’s fault) and her husband’s family, when she likely exercised her behind-the-scenes influence, and perhaps stepped out of her traditional male-approved role, in order to do all she could to protect her family.

Most of us first encounter Clodia as Lesbia in the poems of Catullus. Though some express euphoric love, the corpus overall doesn’t exactly paint Clodia in the most favorable light: “Let us live, my Lesbia, and let us love” in Poem 5 devolves into this in Poem 60:

Surely a lioness from the African mountains
or barking Scylla did not beget you from the depths of her loins,
you of such pitiless, vile spirit that you hold
in contempt the voice of a supplicant in his
recent despair, ah, you of too-cruel heart?

Lesbia comes off as a heartbreaker and a slut, flighty and fickle and a regular cheater despite Catullus’ devotion to her. But isn’t that just the portrait of an ex-girlfriend that so many men still try to paint post-breakup? 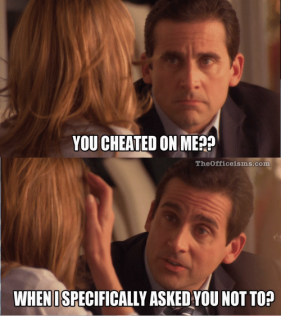 Given the tempestuous nature of their relationship and his violent outbursts at her expense, it’s unlikely that she was wholly to blame for his problems. We cannot actually know what Clodia said or did, even when Catullus supposedly quotes her, much less how she felt. A volatile on-again-off-again lover is not the most reliable character source for Clodia. I would certainly feel misrepresented if the only people allowed to commemorate my character on the permanent record were my ex-boyfriends! 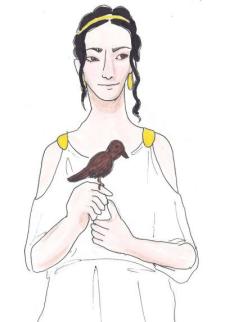 The Clodia of Cicero’s private letters is a much different woman than the Clodia he constructs in the Pro Caelio. Cicero apparently had a close (if occasionally rocky) political relationship with Clodia’s husband Metellus Celer. When Celer became angry with Cicero over some slight, Cicero admits in the late 60s BCE that he asked Clodia to intervene with her husband on his behalf, since he knew Clodia was well-disposed toward him. In the 40s he writes to Atticus about trying to purchase some property from Clodia, with no hint of animosity or distaste. So why is he so vicious toward her in the Pro Caelio, in between when these letters were written? In sum, Clodia was useful to Cicero as far as he could use her status and relationships with powerful men to make statements about those men — she could be the jewel in their crown or a stain on their reputation. For Cicero, she was most useful as a stain.

It is safe to say that Clodia’s family was dysfunctional. Her marriage to Metellus Celer was quite strained for the last few years until Metellus died in 59. In letters from 60 BCE, Cicero places 100% of the blame for their marital disharmony on Clodia’s shoulders. However, it is likely that Cicero is getting only Metellus’ side of the story, or at least is buying into Metellus’ side in order to maintain their political relationship.

Clodia could be the jewel in their crown or a stain on their reputation. For Cicero, she was most useful as a stain.

Also, it was well known that Metellus and Clodia’s brother, Publius Clodius Pulcher, did not get along at all; Clodia sided with her brother and her blood family over her marital family, which was not conducive to marital bliss — though Marilyn Skinner points out that in doing so she probably thought of herself as being a good sister rather than a bad wife. At the time of Metellus’ death, we have no records of anyone suspecting foul play; it is not until years later, close to the time of the Pro Caelio, that rumors begin to circulate accusing Clodia of poisoning her late husband. We have no way to know whether such rumors had any basis in reality.

In addition to her marital problems, Clodia also bore the stress of her siblings’ relationships: Lucullus divorced Clodia’s younger sister on grounds of incest with her brother, the aforementioned P. Clodius Pulcher. Skinner argues convincingly that this accusation was completely made up and intended to harm the reputation of Clodius — his sister was collateral damage in this political move. But through exaggeration and political mudslinging, the charge ended up sticking to all three of the Clodian sisters, including our Clodia Metelli. Cicero was among the most vocal propagators of this slander, because Clodius was one of Cicero’s worst political enemies.

Attacking an influential widow with a reputation for incest, promiscuity, & poisoning is a surefire way to distract from the issue at hand.

It is easy to forget that Clodia is not the one on trial in the Pro Caelio. She is not officially part of the case at all, but in his defense speech, Cicero accuses her of financing the prosecution against his friend and erstwhile protégé Caelius. Cicero had only returned from exile about seven months before the trial, so he was still taking every opportunity to rain down abuse on the man responsible for that exile: Publius Clodius Pulcher, Clodia’s younger brother. Thus in addition to whatever distaste he might have developed for Clodia personally, Cicero had the additional incentive of her unfortunate sibling relation to sling mud at Clodia. Cicero calls Clodia Medea palatina because of his grudge against her brother, but also because attacking an influential widow with a (spurious) reputation for incest, promiscuity, and poisoning is a surefire way to distract from the issue at hand, shift blame from Caelius onto his alleged former lover Clodia, and put the very basis of the trial on unstable ground. Clodia is an easy target.

In the trial against Caelius, which took place in early April 56 BCE, the prosecution and the defense each delivered three speeches. Cicero was, as usual, the closer for the defense. In an earlier speech, one of the prosecutors had called Caelius pulchellus Iason, a “pretty-boy Jason” who was accustomed to loose living, violence, and breaking the rules. Thus the foundations were laid for conceiving the trial in terms of the myth of Jason and Medea, probably best known to the Romans through Ennius’ early Latin tragedy Medea Exsul, which referenced and reworked some of Euripides’ Medea and which Cicero quotes in this speech. 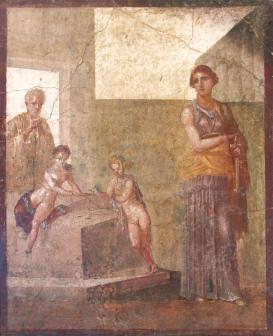 Medea, of course, is one of the most notorious women in Greco-Roman mythology, and well-deserving of her own separate post — a sorceress and a fratricide, she is probably most famous for murdering both Jason’s fiancé and her own sons by Jason when Jason decides to divorce her for a younger, richer, Greeker princess (the main event of Euripides’ Medea). So being called the Medea of the Palatine (the hill where Clodia lived) isn’t exactly a compliment. It signals that she is dangerous and untrustworthy; that she uses excessive cunning and violence to get what she wants, and that she ruthlessly pursues her own ambition to the detriment of the men around her.

And what could Clodia do to defend herself against such a slander? In a word, nothing. Caelius was acquitted, and as litigious as the Romans were, another suit would have accomplished nothing. Any retaliation she took outside the law would have been seen as confirmation of Cicero’s terrible caricature of her as a conniving, amoral woman with too much intelligence and too much power.

At this point she fades from the historical record, appearing again only in Cicero’s letters a decade later, when he seeks Atticus’ help in purchasing her famously lovely gardens. We do not know how she lived the rest of her life, how she dealt with the murder of her younger brother Pulcher in 52, how she may or may not have been involved in her daughter’s very public affair with Dolabella, who just happened to be married to Cicero’s daughter Tullia during the affair. Perhaps she recovered well from Cicero’s vicious rhetorical attack and ended her days as a respected widow. Unfortunately, in terms of our surviving record of her, Cicero gets the last word — she remains Medea palatina.

This blog memorializes two women who were not willing to hide their intelligence or strength for the sake of men’s comfort.

We could, of course, take a more generous approach to Medea and Clodia and rehabilitate their images from the damage of centuries’ worth of male-focalized scholarship — as women driven to use any means at their disposal to protect themselves and their family in the games men played around and with them, as women slandered and accused (possibly falsely, in Clodia’s case) of crimes and murders that destroyed their reputation in a way they would not destroy a man’s. This blog memorializes two women, one mythic and one historical, who were not willing to hide their intelligence or strength for the sake of men’s comfort. Future scholarship owes it to Clodia and women like her to follow scholars like Skinner and Hejduk by taking a more nuanced approach when dealing with the writing of men who (perhaps wrongly) felt spited by her. 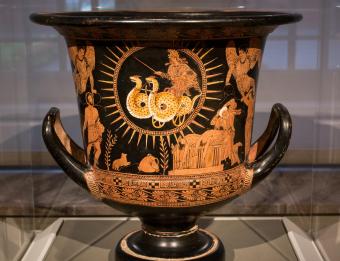 Sources and Guide for Further Reading:

2 thoughts on “The Palatine Medea”